News on My Backlist Titles

It's odd how certain events align themselves in our lives. Last month was one of those occasions for me, as I received word that not one, but two of my older books are going out of print: Umbral Visions and The Roads to Baldairn Motte. It's a sad turn of events, but hardly surprising. Neither title has sold well in the last couple of years, and seeing as how they were both published by small presses, the costs of keeping the books of available simply didn't make financial sense for the publishers.

With The Roads to Baldairn Motte, this is the second time it's gone out of print, and like a cat with nine lives, it simply refuses to die! That's right, the book will be re-released in its third incarnation from Knight Owl Publishing in the coming months with yet a new cover design, which you can see a preview of below. I'll have more details as we get closer to the release date, including print availability. Make sure to subscribe to my mailing list for advanced notice. 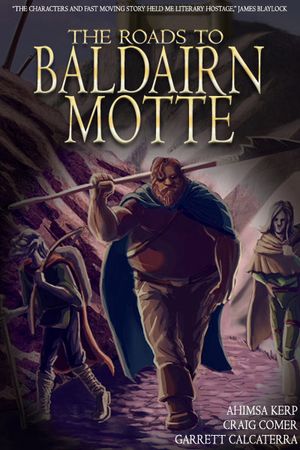